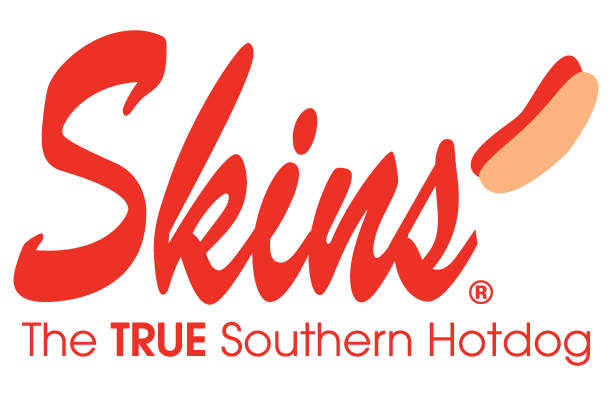 The Story Behind It All

Those who try’em say they have never had a better hotdog. With stores across upstate South Carolina, Skins has created a deep tradition of giving each customer quality service, a quality hotdog, and a clean environment—all for a reasonable family price.

Skins was established in Anderson, SC in 1946 by Loyd “Skin” Thrasher.  In a humble, “pool hall” type atmosphere Skin sold anything he could, including short-order meals such as sandwiches, hamburgers, and the same hotdogs we enjoy today.  As time passed, the hotdogs became the item of choice for Skin’s patrons.  To meet the local mill town folks’ demand for a quick and quality meal, Skin decided to get rid of the pool tables and concentrate on hotdogs.  Today the legend lives on just the same.

By the 1980’s, Skins had built a reputation across upstate SC, as well as other states all across the southeast.  News outlets everywhere began spreading the word about the tiny house hidden in the heart of Anderson.  The Atlanta Journal, Charlotte Observer, Greenville News, Anderson Independent, and a host of others told the tale of “Skin Thrasher’s Café” as it evolved into what we all now refer to simply as “The Original.”  In 1985, Skin decided to hang up his apron and pass the business on to his 2 sons and son-in-law.  1988 saw Skins open up the #2 store on Clemson Boulevard in Anderson and in the 1990’s Skins opened 5 more stores (Seneca, 28 bypass in And., Clemson, Easley, and Mauldin)

With the growth, came national attention via Gourmet, Money, and Fortune Magazines, as well as PBS and National Public Radio proclaiming Skins as 1 of the top 10 hotdogs in America.

Soon after, Skins was invited to make a trip to Capitol Hill to participate in the Washington DC “Taste of the South” fundraiser where each year the south’s best foods and flavors are handpicked and served in the nation’s capital with area charities receiving the proceeds.

Skin Thrasher passed away in April of 1998, but the passion for a good hotdog and a great overall experience lives on though his family.  In 2000, Skins stepped into Greenville, SC with stores on Pelham Road and Mills Avenue.

In August 2006, Skins found their way back home to Anderson County opening a location in the Hopewell community, which is on Highway 81 in Anderson. Skins has since opened a store on Congaree Rd in Greenville during 2012.

The Skins attitude is one of commitment and tradition.  Commitment to old fashioned family values, to unmatched quality, and to the most important thing…you, the customer.  Please make yourself at home and enjoy the secret recipe chili, a side of homemade coleslaw, and fresh homemade chocolate pound cake. Your will taste the tradition.

We greatly appreciate your continued support.  Please let us know what you think about your experiences with us. Please come back for more.